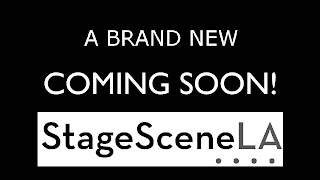 THE DEVIL AND DAISY JANE 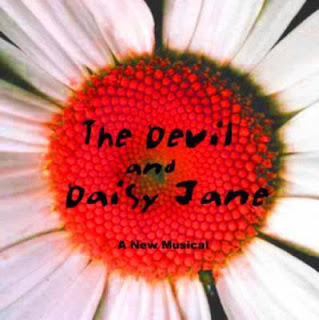 WOW!
THE DEVIL AND DAISY JANE
When Andy Warhol spoke about a future in which everyone would get his or her very own Fifteen Minutes Of Fame, he might well have been talking about today’s World Of Reality TV—a universe in which no-talents like the Kardashians, the Hiltons, and John & Kate can become overnight sensations just by being themselves.

Though admittedly it does take more than mere luck to become a finalist on American Idol, many a gifted vocalist has discovered that talent alone cannot guarantee enough Yes votes to reach even the semifinals, a fact that may have inspired Lisa Marinacci and Jeremy Lewit to write The Devil And Daisy Jane, their clever, biting, always entertaining pop/rock satire of A.I. and its many imitators—a musical that transposes the legend of Faust into the world of 21st Century pop.

Daisy Jane (Marinacci) and boyfriend Ben (Harley Jay) are contestants 9,000,006 and 9,000,007 to vie for a top spot on America’s Next Super Pop Star, a show that has already brought pop stardom to diva divine Zora (Katherine Malak) and The Pop Tartz (Gina D’Acciaro, Jayme Lake, and Cloie Wyatt Taylor). Unfortunately, the acoustic pop sound of Daisy and Ben’s self-penned “Enough” (“The guitar is my blanket, I live inside my song”) gets them cut off almost immediately by judges Zora (“Can we talk about what you’re wearing? Where’d you even get that?”) and Mo (“Take your tambourine back to your local karaoke bar, because that’s as far as you’ll ever get in this business.”) and host Bobby Shrub (“We’ll be back with more stars-in-the-making and pathetic wannabes right after these messages.”).

Daisy Jane’s failure is the only cue needed by Soul Blaze Records president Lucas Smith Jr. (Anthony Manough) to offer the singer-songwriter an exclusive deal—and certain stardom, and all she has to do is drop appendage Ben and become Luc’s exclusive property. Though at first Daisy isn’t all that sure she wants to leave her boyfriend/song partner in the lurch, a glimpse at the homeless subway rider Luc offered a deal to years ago (“but he wasn’t willing to do what it takes”) is enough to convince Daisy to sign on the proverbial dotted line.

Before long, Daisy Jane has become Pop Tart Number Four, taking lessons from Zora in “Altitude” (“You gotta own the stage, you gotta strut and flaunt”) and demonstrating so much starisma that Lucas offers her very own solo album deal, that is after he cancels Zora’s tour, the better to focus all eyes on Daisy.

As for Ben, his every effort to get past Luc’s gay assistant Byron (Patrick Hancock) proves in vain (“The doors are always locked, There’s no way in”), and he can only watch as Daisy begins dating “super-hunk” Chad Hammock, appearing on shows like the Performer’s Pick Awards, making music videos, and becoming America’s “biggest baddest star.”

Will Ben find a way to get even one of his love letters into Daisy Jane’s hands? Will Zora ever get out of rehab and back to the top of the charts? Will Daisy regret her decision to sign with Luc?

The answers to these (and other) questions may not be all that hard to divine, but in The Devil And Daisy Jane, the fun is in the getting there, and considerable fun that is, thanks to Marinacci’s rocking good songs, the clever book she’s written with Lewit, and the all-around sensational work being done on stage by the Daisy Jane cast (under the devilishly inspired direction of Robert Marra) and musicians (under Brent Crayon’s splendid musical direction).

You know you’re in for an evening of fun when even character names (Bobby Shrub, Chad Hammock, Juliette Della Pants) get laughs, but Marinacci’s and Lewit’s book is jam-packed with hilarious lines from start to finish. Here are some personal favorites:

Luc: See Zora, it only took you a month to turn bright and shiny into slick and skanky.

Bobby Shrub: Stay tuned for more updates from inside the litter box. We’re sniffing out the poop and giving you the scoop. I’m Bobby Shrub.

Luc: Remember Alanis Morissette, the queen of anger? She started saying things like “Thank You India” and poof, no one cared.

As the last quote suggests, the talent behind The Devil And Daisy Jane know well the music industry about which they write, and their musical is all the more entertaining for being incisive—as well as loads of fun. It may also be the most PG-13 show (with an emphasis on the 13 for adult language and themes) ever staged at Actors-Co-op , though it comes nowhere near an R, in case you’re worried about taking teens to see it.

The performers assembled on the Crossley Theatre stage by Actors Co-op simply couldn’t be better, or better cast, beginning with Marinacci, whose girl-next-door prettiness and powerful rocker’s voice make her the perfect Daisy Jane. Jay brings his boy-next-door-with-an edge charm and terrific pipes to the role of Ben, leaving one only to wish that the role offered the StageSceneLA Award winner a chance to show off his Footloose footwork. As for the titular Devil, no one in L.A. theater sings more dynamically or soulfully than the charismatic Manough, making Daisy’s decision to sign on the dotted line a no-brainer.

A trio of performers provide the scene-stealingest supporting turns in parts any comedic actor would make a deal with the Devil to book. Byron is easily the most flamboyantly gay character ever seen at the Co-op, and Hancock plays the role with such infectious joie-de-vivre that you want to bottle his performance, take it home, and savor it whenever you’re feeling “a little self-conscious anxiety resulting in non-specific sadness.” (Theater queens will get the reference.) Malak virtually redefines Pop Diva in the role of Zora, a part she plays with the ferocity of a tigress and the outrageousness of a Saturday Night Life comedienne at her most outrageous, along with one-of-a-kind dance moves that even a thousand words could not properly describe. Tauzin lucks out with a grand total of eight cameos, ranging from street-talking Mo to dazed-and-confused Homeless Musician, to fabuleux French Music Director to heavy metal guitarist G-String—each and every one a dazzler.

As the Pop Tartz, D’Acciaro (ghetto girl Shalisa), Taylor (dumb blonde Tanya), and Lake (sexy stoner Carmen) are fabulously funny and fiercely fabulous, with vocal chops to match. Kyle Nudo’s hilarious Bobby Shrub is the epitome of every slick-surfaced, vacant-eyed TV personality ever to host a reality show. Lovely Megan Yaleney is a hoot in half-a-dozen cameo roles, my personal favorite being the abovementioned Juliette Della Pants, the amalgam of every glamour-gowned showbiz reporter to red-carpet interview Hollywood celebs.

A Daisy Jane reading last January prompted this reviewer to write, “Can't wait to see it in full production and give it a WOW!” Now a featured selection of the Los Angeles Festival of New American Musicals, The Devil And Daisy Jane does indeed get an enthusiastic WOW! in fully-staged form. As for its future life beyond its current all-too-short two-week run, no pact with Satan need be made to insure its future success. With its combination of pizzazz and bite, The Devil And Daisy Jane makes for one deliciously devilish (and devilishly delicious) show.